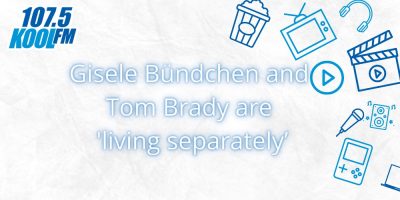 It appears that the rumours may be accurate as CNN reports that the power couple who have been married since 2009 are now living separately.

According to a source, the couple is dealing with “marital issues.”

Brady had retired from the NFL in February, only to later reverse that decision. He took an 11-day leave of absence from training camp in August to “deal with personal things.”

In an interview with Elle magazine published this week, Bündchen, 42, said she had “concerns” about her husband returning to the field after initially retiring last winter.

“This is a very violent sport, and I have my children and I would like him to be more present,” Bündchen told the publication. “I have definitely had those conversations with him over and over again. But ultimately, I feel that everybody has to make a decision that works for [them]. He needs to follow his joy, too.”