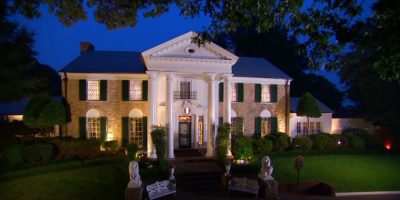 The famous mansion was home to Elvis until he died in 1977.  Following the death of Lisa Maria, the only daughter to Elvis, it was unclear what would happen to Graceland.

It’s been confirmed by a representative of Graceland that the property is in trust and will benefit Lisa Marie’s Three daughters Riley, 33, Harper, 14, and Finley, 14.

Lisa Maria died last Thursday and a rep revealed that she will be laid to rest alongside her father and late son Benjamin at Graceland.

Lisa will rest among other family members including Elvis’ parents, Vernon and Gladys, and his grandmother, Minnie Mae, who are all buried at the property. Elvis’ twin brother, Jessie, who died at birth is also there.

Graceland was opened to the public as a house museum in 1982 and it now attracts more than 500,000 visitors annually.