Posting to TikTok, Dr Karan Rajan said having a beard might actually be cleaner than not having one.

He highlighted a study that compared hospital workers with and without beards in 2014.  “It found that clean-shaven faces were three times more likely to carry MRSA”, Dr Rajan said.

MRSA is a deadly bacterial superbug that is resistant to a number of antibiotics and incredibly difficult to treat.  The bacteria is carried on the skin and inside the nostrils and throat.

The doc says that beards act like barriers to stop you from constantly touching your face…. He also notes that beards make your skin softer because the facial hair protects the skin underneath from ageing by blocking exposure from the sun.

But is this doc right?

It was previously reported that men with beards carry more germs than dogs including deadly bacteria in their facial fuzz.

Researchers discovered that nearly half of all sampled beards hosted bugs dangerous to human health.

In examining the beards of 18 men and the necks of 30 dogs from a number of breeds, scientists found that even hounds had lower levels of microbes than the beards surveyed. 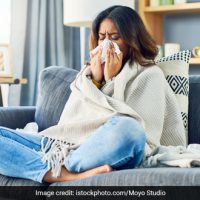