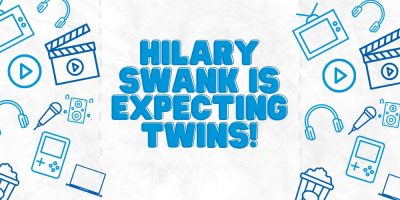 “This is something that I’ve been wanting for a long time and my next thing is I’m gonna be a mom. And not just of one, but of two. I can’t believe it,” Swank said.

She will welcome her twins with her husband Philip Schneider. Swank and Schneider began dating in 2016 and were married in August 2018.

Swank was relieved to share the news, adding, “It’s so nice to be able to talk about it and share it.”

Cast and crew on her latest project, “Alaska Daily,” didn’t know she was pregnant until the announcement, she added.