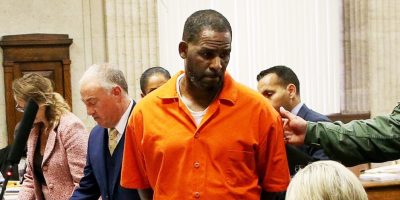 He used his fame to sexually abuse fans, including some who were just children in a systematic scheme that went on for decades.

Kelly and the court listened to several victim impact statements, each one telling their account of the singer who preyed on them and misled them.

R Kelly didn’t speak at his sentencing and showed no visible reaction on hearing his penalty, which also includes a $100,000 fine.

Kelly was convicted last year of racketeering and sex trafficking at a trial that gave voice to accusers who had previously wondered if their stories were being ignored because they were Black women.