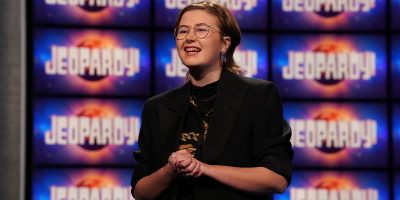 On Monday night, the tutor from Toronto won her 20th game of Jeopardy, increasing her winning total to (US)$476,985.

This win now has Roach tied for the fifth-longest winning streak in Jeopardy history.

Roach is now on her fifth week on the game show and has already earned a spot in the show’s Tournament of Champions, which will air this Fall.