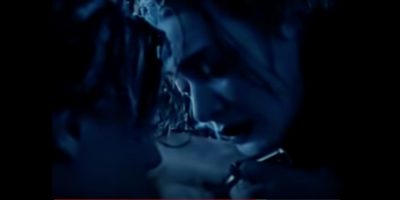 It’s been 25 years since ‘Titanic’ came out and ever since we have been debating whether Jack could have lived or not!

Now, director James Cameron is hoping to put a definitive end to the speculation that Jack (Leonardo DiCaprio) could have survived after the sinking of the famous ship.

If only Rose (Kate Winslet) had scooched over just a bit on the floating door that kept her out of the freezing water, Jack too would have lived.

The thing is that Jack’s death was inevitable! Cameron said he conducted a “forensic” study to show that the door could not possibly have supported them both.

“We have done a scientific study to put this whole thing to rest and drive a stake through its heart once and for all,” Cameron told The Toronto Sun on Friday.

“Only one could survive,” Cameron said.

There’s going to be a special on National Geographic in celebration of the film’s 25th anniversary “Titanic” and Jack’s death scene…Though, the network has yet to reveal specifics.