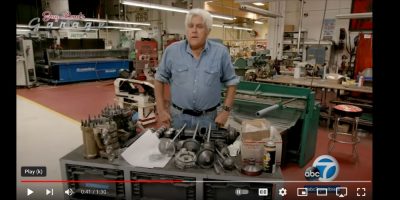 On Monday, The former late-night talk show host took to social to let fans know that he’s ok after being seriously burned.

“I got some serious burns from a gasoline fire,” Leno said in a statement to The Associated Press. “I am OK. Just need a week or two to get back on my feet.”

There is no word as to what caused the fire, but Leno is a well-established gearhead.

Leno is known for his famed car collection. Leno was scheduled to appear at a financial conference in Las Vegas on Sunday but cancelled because of a “serious medical emergency.”

Leno retired from late-night hosting in 2014.  Since then he’s turned his love for cars into a tv series, “Jay Leno’s Garage.”