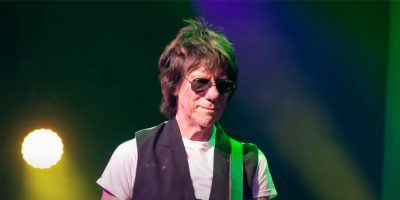 Beck died Tuesday at the age of 78 after “suddenly contracting bacterial meningitis,” his representatives said in a statement released Wednesday.

Some of the world’s biggest names are paying tribute to British guitar phenom Jeff Beck following his death on Wednesday.

Beck is a Rock and Roll Hall of Fame who made a name for himself with The Yardbirds.

After The Yardbirds, Beck went out on his own…

Beck was among the rock-guitarist pantheon from the late ’60s that included Eric Clapton, Jimmy Page and Jimi Hendrix. Beck won eight Grammy Awards and was inducted into the Rock and Roll Hall of Fame twice — once with the Yardbirds in 1992 and again as a solo artist in 2009. He was ranked fifth in Rolling Stone magazine’s list of the “100 Greatest Guitarists of All Time.”

He also made two records with Rod Stewart in the 60s.