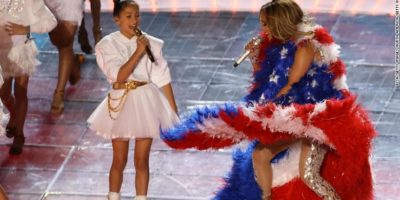 J.Lo performed a medley of hits with fellow superstar Shakira

Lopez revealed her feelings in the new Netflix documentary Halftime, which premiered at the Tribeca Festival on Wednesday (June 9). In a scene with music director Kim Burse, the “Let’s Get Loud” singer said it was “the worst idea in the world” while planning her part of the show. J. Lo was referring to the limited amount of time allotted for co-headlining the show.

“Typically, you have one headliner at a Super Bowl. That headliner constructs a show, and, should they choose to have other guests, that’s their choice,” Lopez’s longtime manager Benny Medina says in the film. “It was an insult to say you needed two Latinas to do the job that one artist historically has done.”

Lopez was allegedly told by unnamed NFL sources that they would have 12 minutes combined to perform. And perhaps a minute or two extra. She ultimately suggested to Shakira that they divide their performance time evenly.

“If it was going to be a double headliner, they should have given us 20 minutes,” she adds in the film. “That’s what they should’ve f***ing done.” The 2020 Super Bowl halftime show ran for about 14 minutes, giving J. Lo and Shakira about seven minutes each to perform a medley of their hits.