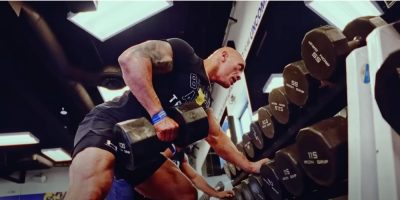 Can you smell what the Rock is cooking? It’s steroids, claimed Joe Rogan on an episode of his podcast.

UFC commentator an host of “The Joe Rogan Experience” demanded that “The Rock” come clean over whether or not he uses steroids.

Subject came up because Rogan was discussing disgraced fitness influencer Brian Johnson who is known online as the Liver King, he was exposed for taking steroids.

Rogan said that he was “not surprised at all” over the revelation and accused the Rock of similar behaviour.

“There’s no way you can look like that, in your 40s,” chided Rogan. “The Rock should come clean right now.

Joining Rogan on the show was another fitness influencer named Derek who said the Rock admitted to using steroids when he was 18 or 19 but has since claimed to be steroid free.

Earlier this year, the “Black Adam” star spoke out about Rogan after the host was heard uttering a racial slur, prompting Spotify to cut nearly 100 episodes. Rogan is also accused of spreading misinformation regarding the COVID-19 pandemic.