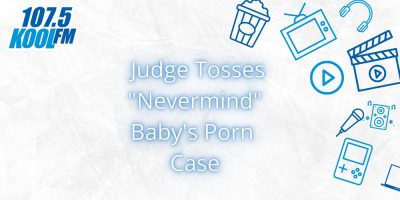 Elden alleged last year that the photo caused him “lifelong damage,” though he has the album title tattooed across his chest and recreated the famous picture in 2016 to pay homage to the seminal record on its 25th anniversary.

At the time Elden’s family was paid $200 to dunk the 4-month-old underwater for the now famous album cover. Elden got the gig because his father was friends with the photographer.