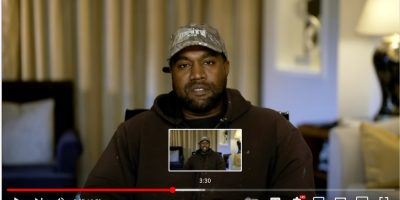 The account was suspended early Friday morning after West — who has legally changed his name to Ye — tweeted an altered image of the Star of David with a swastika inside.

The tweet follows a series of antisemitic comments made by West in recent months, which have destroyed business deals in which the musician was involved — such as a partnership with Adidas.