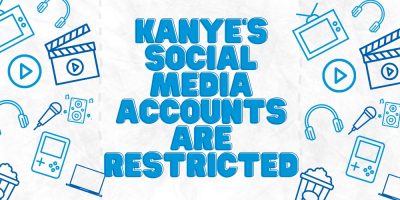 Kanye West went off on Jewish people this weekend, in a tirade that got his Instagram account restricted and one of his Tweets removed from Twitter.

He was first locked out of his Instagram by Facebook parent Meta Platforms Inc on Friday after which he took to Twitter, where he tweeted on Saturday for the first time in two years.

West has also previously made erratic online posts. Earlier this year, he was suspended from Instagram for 24 hours after he directed racial slurs at comedian Trevor Noah.

West’s account was suspended after a since-removed post in which he invoked anti-Semitic tropes, accusing a musician of being controlled by “the Jewish people.”