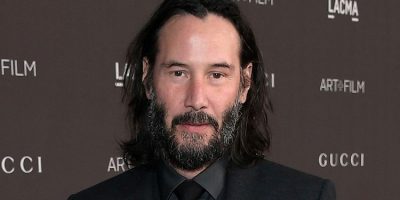 He’s been at this acting thing for 37 years and Reeves definitely realizes that he’s a fortunate man.

The Canadian actor is reportedly worth upwards of $315 million due in part to The Matrix Movies and the John Wick franchise. According to a friend, “Keanu’s given away a lot of money and done a lot more for people than most will ever know,” “He never takes another for granted,” says the friend.

There are countless stories of Reeves giving large bonuses to crew members and flying them on private vacations.

Reeves’ acts of generosity extend to many of the people he works with.

Members of the stunt crew on The Matrix Reloaded received Harley-Davidson motorcycles, while his collaborators on next year’s John Wick: Chapter 4 were gifted Rolex Submariner watches when the film wrapped shooting last fall.

“The reason Keanu’s starred in 60 movies is that, on top of audiences, directors love him, co-stars love him, crews love him. he’s always prepared, he’s always on time,” the source says. “Considerate, communicative, caring — there’s no one whose name he doesn’t know or hasn’t had a conversation with.”

The Matrix Resurrections is available to rent or purchase now on premium video-on-demand (PVOD) services in Canada.