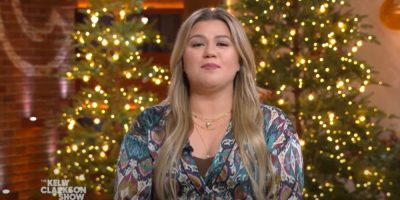 A man has reportedly been dropping off items at Kelly’s mansion in Toluca Lake, Los Angeles.

Clarkson’s security is said to have filed a report with the LAPD on the matter.

The report file informed police that several unwanted gifts such as plants and cards were left by an unknown male on Clarkson’s doorstep.

Police have the surveillance footage of a man dropping stuff off on her porch and are said to be investigating the matter.  The first step is to identify him and assess the potential threat to determine whether an arrest is in order.

Kelly bought her home in June after finalizing her divorce from talent manager Brandon Blackstock, in March following two years of negotiations over their split.