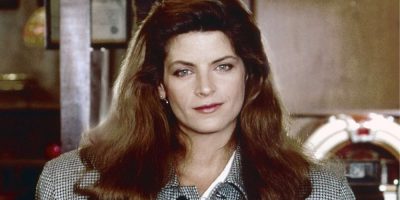 Actress Kirstie Alley, best known for her role in the comedy series Cheers in the 1980s and 90s, has died of cancer at 71, according to a family statement.

“We are sad to inform you that our incredible, fierce and loving mother has passed away,” her children wrote.

Alley won an Emmy award and a Golden Globe for her role as a pub manager and waitress on the popular TV series.

She appeared in 147 episodes after joining the show at the height of its popularity in 1987 and continued to appear until its end in 1993.

She passed after a quick battle with Cancer.

In 1993, Alley won a second Emmy for best lead actress, for the TV movie David’s Mother.

From 1997 to 2000, she starred as the lead in the sitcom Veronica’s Closet, earning additional Emmy and Golden Globe nominations, for her role as the head of a New York City lingerie company.

Travolta took to Instagram to pay his respects. “Kirstie was one of the most special relationships I’ve ever had. I love you Kirstie,” he wrote alongside a photo of her.

“I know we will see each other again.”