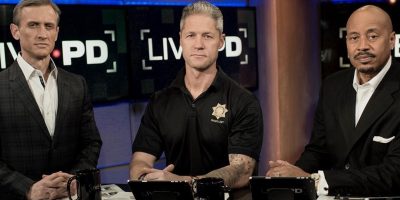 Dan Abrams is back as host of the real-time series that follows police officers on patrol across The United States.

The show was cancelled in 2020 but makes its return on July 22 on Reelz.

“Live PD,” which premiered in 2016, was axed by A&E and producer Big Fish Entertainment in June 2020 in the wake of George Floyd’s death, which spurred national outrage over police brutality. At the time, it was A&E’s top-rated series and had just received an additional 160-episode order.

“Cops” which ran on Fox for 25 seasons before moving to SPIKE TV was also cancelled the day before LIVE PD in 2020.

It returned to the streaming service Fox Nation for its 33rd season in October 2021.

The LIVE PD series will air Friday and Saturday nights from 9 p.m. to midnight and will include several new elements, including “Citizen Ride-Alongs.”