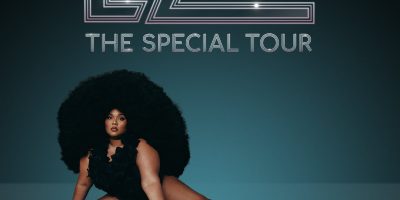 Lizzo is coming to the 6ix!  Following the release of a TV show on Amazon Prime, a successful shapewear brand, two new tracks and a new album on the way, Lizzo is about to hit the road for a North American tour, bringing Latto along for the ride.

The tour, which shares the same name as Lizzo’s upcoming album, Special, includes 23 dates and kicks off Sept. 23 inside Florida’s FLA Live Arena in Sunrise.  “3 years since my last tour… and I’m finally coming back to YOU! So excited to announce the SPECIAL TOUR ‘22,” Lizzo announced on Instagram.

Related: Some Celebrities Have Stopped Wearing Deodorant Including Lizzo…

‘The Special’ will include the title track and Lizzo’s new single ‘About Damn Time,’ and is set to drop on July 15.

Lizzo will stop in Toronto on October 7th at the Scotia Bank Arena!