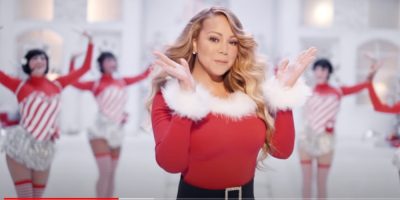 It has been a staple every Christmastime since it first appeared on Carey’s Merry Christmas album.

Mariah can now literally bank on between November 1st and December 31st, ‘All I Want For Christmas’ will bring her a big paycheck!

Carey is on track to earn $6 million this year from her 1994 track.

Mariah Carey doesn’t get all the cash. The revenues from the song are split between her, the track’s co-writer Walter Afanasieff and Sony.

But in 2017, The Economist crunched the numbers and figured that Carey takes home $2.5 million per year thanks to the holiday hit.

Last year, Forbes went one step further and estimated that since its release the track has earned $72 million.

Carey’s holiday haul this year also includes revenue from concert appearances in Toronto and New York City this month, and a special airing on Paramount+.