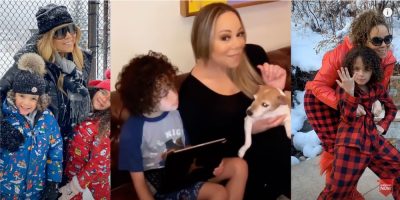 And since Nick Cannon has enough kids . . . he won’t miss just two of them, right? Mariah Carey is reportedly seeking primary custody of their twins, Moroccan and Monroe. They’re 11 years old.

According to sources, Mariah usually has her 11-year-old twins, Monroe and Moroccan whom she shares with Nick Cannon.

The source says “Nick doesn’t see much of them.”

If true, this is unsurprising, considering Cannon is now a father of twelve. The source emphasizes that Cannon isn’t a bad father but may struggle to see them, considering his many kids.

“She wants to put him on notice that he can’t just flit in and out of their lives while he attends to his other children,” the source shared. “And she wants legal standing as the twins’ primary caregiver.”

Recently, the rapper, comedian, and producer expressed how hard it is to give his kids the attention they may need.