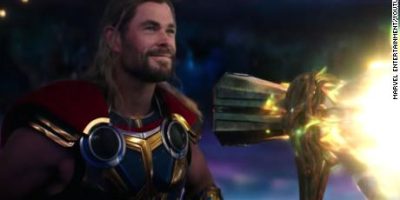 Fans are still in the dark as to the plot of the movie but the first footage of the film promises familiar antics from the Avenger and his crew.

The movie stars Chris Hemsworth as Thor, Chris Pratt as Peter Quill of “Guardians of the Galaxy” and Tessa Thompson as the heroic Valkyrie.

The trailer indicates that Thor has given up superhero-ing! But like any superhero movie, we know that can’t last too long into the film. Intergalactic evil will probably pull Thor out of retirement, though the teaser doesn’t share just who or what that evil might be.

Fans will have to wait and see what happens on July 8th when the movie is released!