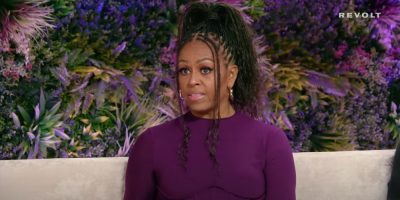 During a roundtable interview with Revolt TV, Michelle discussed the challenges of raising two young daughters as the power couple was advancing their careers — and the strain it put on the marriage.

The former first lady said, “We don’t talk about how much work is required and how hard it is even when you are madly in love with the person, even when everything works out right.”

Throughout the ups and downs, the former first lady suggested she still respected and admired her spouse. She stressed it’s important to know “your person.”

Michelle has been promoting her second book, “The Light We Carry,” which was published in November.