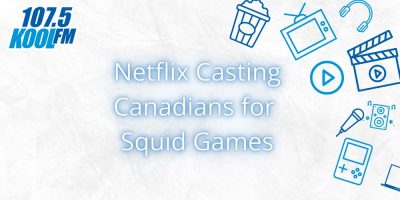 The wildly-popular Korean survival drama was released on Sept. 17, 2021, capturing the attention of enough people to make it Netflix’s most-viewed original series of all time.

It was previously announced that a real-life version of Squid Game is being developed.

Netflix is now casting some 456 people from around the globe to compete for a pretty huge prize.

This is said to be the largest cast in reality TV history with over 400 real players all trying to win $4.56 million.

Do you think you have what it takes?  There are three separate casting sites for Americans, residents of the U.K. and then the rest of the world, including Canada.