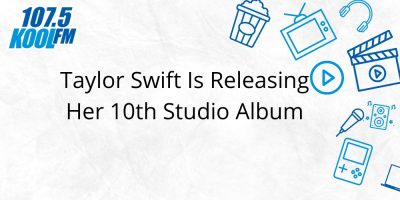 Taylor Swift is releasing her 10th studio album on October 21st.  Midnights, the stories of 13 sleepless nights scattered throughout her life.  Taylor Swift made a surprise appearance at the MTV VMA’s on Sunday.

Taylor Swift won the top honour at MTV’s annual Video Music Awards on Sunday for the 10-minute version of her 2012 breakup song “All Too Well.”

During her acceptance speech, the singer announced that she will release a new album on Oct. 21.

“We wouldn’t have been able to make this short film if it weren’t for you, the fans,” she said on stage at the ceremony broadcast live from the Prudential Center in New Jersey.

OTHER HIGHLIGHTS FROM THE VMA’s…