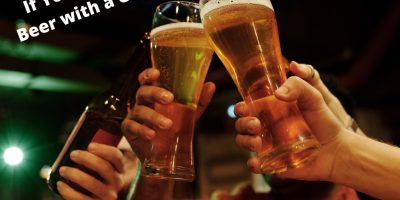 Ed Sheeran tops Adele and Queen Elizabeth when it comes to people you want to have a drink with!

According to a new survey, commissioned by a UK company called Chef and Brewer which owns a chain of pubs, Ed Sheeran got 10% of the vote, ahead of Queen Elizabeth II who got 7%. Other celebrities who made the list include Adele and Elton John, who each got 6%, and Taylor Swift, with 5%.

Michelle Obama and Boris Johnson, the recently resigned prime minister, each got 6% of the vote; while President Joe Biden received only 3%.

Despite no longer being the avid beer drinker that he once was, Ed leading in votes for this particular question isn’t entirely surprising. TBH, he’d probably make the Top 5 no matter what country the survey was held in.

Did you know that Ryan Reynolds and Rob McElhenny own a soccer team in England? Well, now there’s a docuseries on it. Check out the trailer.