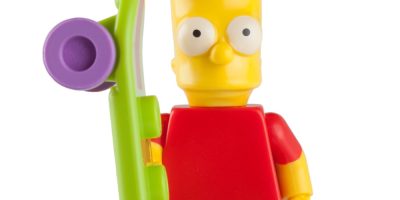 The upcoming, 34th season of “The Simpsons” will include an episode that explains how the show has been able to predict the future so many times. A producer says, “It’s a conceptual episode with lots of crazy stuff in it.”

The Simpsons have always been a great source for people who want to know what the future holds. The series has predicted wild and detailed world events such as Donald Trump running for president, the COVID-19 pandemic, the Bengals’ 2022 Super Bowl win, Russia invading Ukraine, the 9/11 terrorist attacks and much more.

For decades, viewers have watched and wondered how the show’s writers have consistently predicted the future and, after 33 seasons, we’re finally going to find out.

The showrunner Matt Selman says that the new season will finally reveal to fans how they can continue to shock viewers by accurately predicting the future.

“One of our writers, the guy whose episode predicted Donald Trump as president, said it best: ‘If you write 700 episodes, and you don’t predict anything, then you’re pretty bad. If you throw enough darts, you’re going to get some bullseyes.”

The Simpsons” has continued to set records as the longest-running prime-time series, with 728 episodes to date and 98 Emmy nominations and 35 wins.

The series is nominated again this year for Best Animated Program.

Fox announced that the new season of “The Simpsons” will premiere Sunday, Sept. 25. Tune in to find out how the rest of the year will turn out.