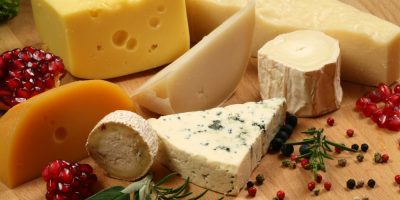 For what it’s worth, scienceFocus.com says that being chased by monsters whilst you snooze might have more to do with eating late and consuming fatty foods rather than specifically eating cheese.

While going to bed on a full stomach is never a good idea, studies show that eating fatty foods, such as cheese, just before bedtime gives us a lower quality sleep – and we’re more likely to remember our dreams if we wake up a lot.

The link between late-night eating and nightmares is backed up by a Canadian study from 2015, in which psychologists questioned 396 students on their sleep habits. Almost half said that eating late brought on nightmares or disturbing dreams.

ACCORDING TO A NEW STUDY!

A quarter of adults avoid eating cheese throughout the year fearing it will give them nightmares – but are willing to indulge at Christmas.

A study of 2,000 adults found 23 per cent have experienced a bad dream after eating cheese – naming cheddar as the worst culprit – with 43 per cent believing the old wives’ tale rings true.

But in the lead-up to Christmas, 40 per cent plan to eat cheese daily, with 32 per cent tucking into the food more than usual at this time of year.

Mozzarella, brie, goats’ cheese and Cheshire cheese also featured among the top 20 cheeses people believe are most likely to give them nightmares.

CHEDDAR IS THE TOP CHEESE

It also emerged Christmas Day and Boxing Day are the cheesiest days of the season, with 31 per cent expecting to spend both days tucking into the cheese board.

Though 27 per cent admit they sleep less during the festive period than ordinary, which could be linked to their cheese intake.

And 12 per cent sometimes feel sleepy or tired shortly after indulging in a cheesy treat.

It seems that people are willing to power through the potential subconscious effects of a cheese-heavy meal though, as 36 per cent professed their love for cheese.