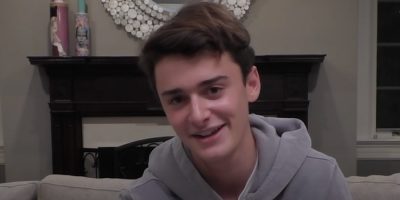 “When I finally told my friends and family I was gay after being scared in the closet for 18 years and all they said was ‘we know.’”

I guess I’m more similar to will than I thought

“Stranger Things” star Noah Schnapp has revealed that he shares more similarities with his on-screen character Will Byers than he previously thought.

Schnapp’s “Stranger Things” character, Will Byers, is a central figure in the hit Netflix show, and in the most recent fourth season, he professes his love for his friend Mike (played by Finn Wolfhard).

Last July, Schnapp told Variety that “it’s 100% clear that [Will] is gay” and his character had been struggling with his feelings throughout the show (a feeling most viewers had picked up on).

Comments on Schnapp’s TikTok on Thursday included many messages of love and support.