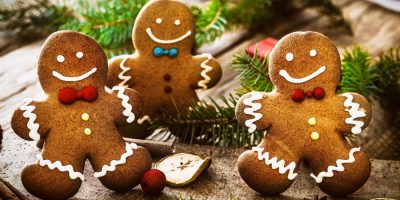 Many took to social media to slam the baker with one claiming he has a “woke agenda.”

Bakery boss Paul Cook told a local UK publication that it wasn’t done to be politically correct, but rather as a bit of a laugh!

Cook explained the sweet shop has been selling gingerbread for 20 years and only relabeled the cookies as non-binary because of Natasha’s Law, which requires complete ingredient and allergen labelling on food pre-packaged for direct sale.

The rule is named for Natasha Ednan-Laperouse, a teenager who died in 2016 after suffering an allergic reaction to a Pret a Manger baguette that contained traces of sesame.

“We began putting labels on [the gingerbread cookies] before COVID, but we had people coming in and saying it was wrong — and they were not men,” Cook said.

“So I had a chat with my printer about it, and he said, ‘Why don’t you call them non-binary?’ I thought that’d be funny, and that’s how it came about — but it’s taken three years for someone to make a big deal of it.”