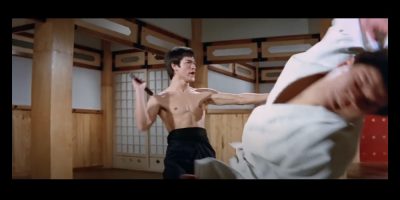 It was kidney dysfunction that may have caused his untimely death almost 50 years ago.

Doctors say that the martial arts star died at the young age of 32 due to his kidney’s inability to excrete excess water.

At the time of his death in the summer of 1973, an autopsy performed determined that he had been killed by brain swelling, which medics blamed on him taking painkillers.

A research team explained their findings in the clinical kidney journal, “We hypothesize that Bruce Lee died from a specific form of kidney dysfunction: the inability to excrete enough water to maintain water homeostasis, which is mainly a tubular function.”

Hyponatremia means the sodium level in the blood, which people need for fluid balance, is abnormally low.

The imbalance causes cells in the body to swell, including those in the brain.

His wife revealed at the time of his death that Bruce followed a fluid-based diet of carrot and apple juice.  He also smoked a lot of weed, which makes you thirsty.