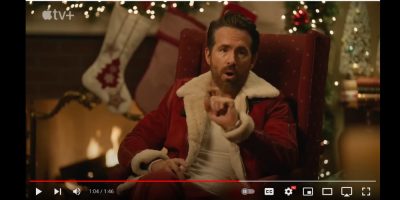 Ryan Reynolds has been awarded The People’s Icon at the 2022 People’s Choice Awards!

Reynolds will receive his award at the Dec. 6 ceremony. The People’s Icon Award honours contributions to film and television. Past People’s Icon winners include Halle Berry, Jennifer Lopez, Jennifer Aniston and Melissa McCarthy.

Reynolds is also nominated for Male Movie Star and Comedy Movie Star for his Netflix film, The Adam Project. In the film, Reynolds plays Adam, a fighter pilot from the future who teams up with his 12-year-old self (Walker Scobell) to save the world. Reynolds also produced the film.

Voting for the 2022 “People’s Choice Awards” runs through Wednesday, November 9th. Fans can either vote online at www.votepca.com or on Twitter by sending a public tweet or retweeting and including one category hashtag and one corresponding nominee hashtag.