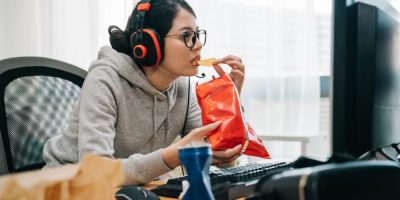 Scientists say you can blame your genes

Turns out that not being able to stop after one chip is actually in your DNA, so don’t feel bad!

Researchers at a university in Japan have found a gene that has a strong correlation to obesity prevention.

This gene helps you to stop or control yourself before you overeat, especially greasy junk foods.

Scientists have named it the put-the-fork-down gene because its actual name is a code.

“This study has revealed the role that the CRTC1 gene plays in the brain, and part of the mechanism that stops us from overeating high-calorie, fatty and sugary foods.”