This was a pretty shellfish act!  There was a wave of social media posts about live sea creatures- Crabs place on the seats on a TTC Train!

It’s not known, who exactly placed the craps on the seats but TTC spokesman Brad Ross had a few comments about the situation saying “crabs belong in buckets not on TTC seats.”

“Crabs are not permitted on seats, even if they’re accompanied by hot drawn butter and a bib,” he said. “And unless a crab is a service crab or emotional support crab, and we’re doubtful that is the case here, they must be contained in a sealed carrier at all times.”

Just some live crabs riding the TTC because Toronto. pic.twitter.com/9QjUvBPgYC 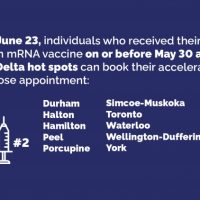