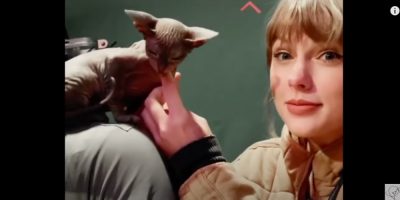 Taylor Swift reportedly donated to an animal shelter in Tennessee and in her honour, the shelter name four puppies after some of her hit songs.

According to Billboard, Williamson County Animal Shelter in Tennessee  (just outside of Nashville) received a very generous donation from Taylor, so they named four mixed-breed puppies after her.

“We recently received a generous donation from legendary singer-songwriter Taylor Swift. While all Swifties know Taylor loves cats, we hope she won’t mind that we named our newest adoptable puppies after her songs: “Carolina,” “Bejeweled,” “Midnight Rain” and “Willow,” said Williamson County Animal Center on Facebook.

The shelter said that two of the four puppies — “Midnight Rain” and “Willow” — were adopted last weekend. According to Billboard, there were still two dogs available — “Carolina” and “Bejeweled” — as of Tuesday.