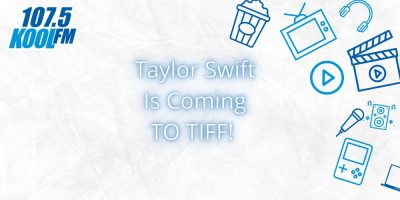 Taylor Swift is officially headed to Toronto for a surprise special appearance at TIFF.

The film festival just announced that it will be hosting an In Conversation With…Taylor Swift event as part of its 47th annual celebration.

Taylor will be in Toronto for the first-ever screening of All Too Well: The Short Film on 35mm.

The beloved 15-minute short film written and directed by Swift premiered in November 2021 and has since garnered over 74 million views on YouTube. The film is set to the 10-minute version of her 2012 song, “All Too Well.”

In Conversation With…Taylor Swift is set to take place on Friday, Sept. 9 at 7 p.m. at the TIFF Bell Lightbox.