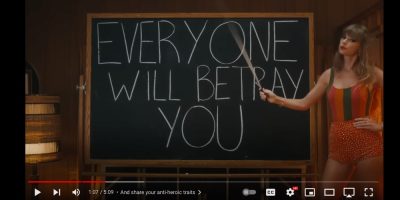 Fans are losing their minds trying to get tickets for Taylor’s first tour in five years.

Taylor’s tour is going to be nuts, to say the least, with fans flocking online for a second day looking to score seats to a US show during pre-sale.

Ticketmaster, owned by Live Nation Entertainment said the sale had prompted “unprecedented demand” that caused delays and that it worked quickly to resolve them.

A second pre-sale day was offered on Wednesday, this time running more smoothly, however; some fans waited three hours in queues and many were left empty-handed when tickets sold out.

Taylor announced A US tour in support of her latest album “Midnights.”  The American tour will start in March with international dates to be announced at a later date.

General public tickets for this tour will go on sale this Friday.