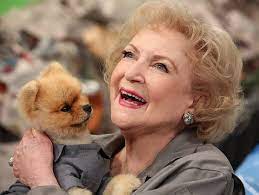 Betty loved Animals! And with that, there’s a challenge inspired by the late TV legend that is sweeping through social media called the “Betty White Challenge.”

The so-called “Betty White Challenge” is a virtual event that will be held on Jan. 17 (which would have been the actress’ 100th birthday). The event asks fans to donate $5 to animal rescues or shelters in her name.

“The Golden Girls” star was a pioneering animal rights activist who adored the furry ones. She was a devoted animal lover who worked on saving endangered species and fixing conditions at the Los Angeles Zoo.
She loved animals so much that The “Mary Tyler Moore Show” star even wrote a book about her passion for animals in 2011, titled “Betty & Friends: My Life at the Zoo.”

Betty once said, “Children grow up to be people so I like animals better than people,” she once told Entertainment Tonight. “I just like animals more than I like people. It’s that simple.”

Please pass it on… pic.twitter.com/itufEumDE9

Betty White’s agent says that her funeral will be private as she wouldn’t have wanted people to make a fuss!