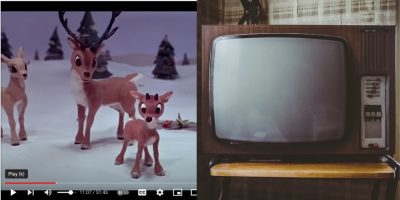 The release of Rudolph firmly held its own in the 1960s and quickly became a holiday staple on par with A Charlie Brown Christmas and How The Grinch Stole Christmas.

Rudolph also paved the way for Bass’s premiere spot as a maker of holiday TV specials. Subsequent productions included the traditionally-animated Frosty the Snowman, with the voices of Jackie Vernon and Jimmy Durante, in 1969; and the stop-motion specials The Little Drummer Boy (1968); Santa Claus Is Comin’ to Town (1970); and The Year Without A Santa Claus (1974), among numerous others.

Bass would also become a player in the Saturday morning cartoon world of the 1970s and ’80s, producing, among others, The ABC Saturday Superstar Movie, Jackson 5ive and Thundercats.