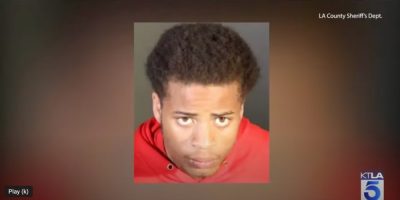 On Monday, the man who shot and wounded Lady Gaga’s dog walker while stealing her French bulldogs was sentenced to 21 years in prison after taking a plea deal.

The motivation for the crime was the value of the French bulldogs.  This breed of dog can be worth thousands of dollars-the Lady Gaga connection was a coincidence police say.

Ryan Fischer, the dog walker who was seriously injured during the attack gave an impact statement which he posted to Instagram.

Jackson, the man convicted and two others drove around Hollywood, the city of West Hollywood and the San Fernando Valley on Feb. 24, 2021 “looking for French bulldogs,” prosecutors said previously. They found Fischer with the pop star’s three pets.

Jackson shot Fischer during the robbery off Sunset Boulevard, during which two of the dogs were taken.

The stolen dogs were returned several days later by Jennifer McBride, who was also charged in the crime.

Another accomplice, Harold White, pleaded no contest Monday to a count of ex-convict in possession of a gun. White, who was in a relationship with McBride at the time, will be sentenced next year. McBride’s case is ongoing.