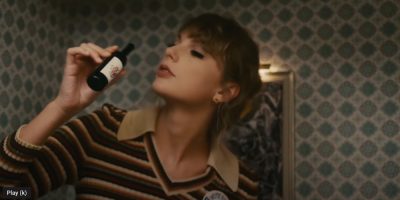 Selena Gomez, Zendaya, Austin Butler, Donald Glover (aka Childish Gambino), Jenna Ortega, Rihanna, Lady Gaga, Taylor Swift, and Amanda Seyfried are among those who have been nominated for the 2023 Golden Globes.

Swift, Rihanna, and Lady Gaga will go head-to-head in the Best Original Song – Motion Picture category. Swift was recognized for Where the Crawdads Sing’s “Carolina”; Rihanna got nominated for the Black Panther: Wakanda Forever song “Lift Me Up,” and Lady Gaga’s nomination is for Top Gun: Maverick’s “Hold My Hand.”

There were a few snobs…Will Smith and Tom Cruise got snubbed. Brendan Fraser was nominated for “The Whale”, but he’s not going because he was groped by the head of the Globes 20 years ago, and it kind of ruined his life. (For more information head over to GoldenGlobes.com.)

Up for best Motion picture, Drama

Polley’s “Women Talking,” adapted from Manitoba author Miriam Toews’ 2018 novel earned the Toronto filmmaker her first Golden Globe nomination and a nod for best score for Icelandic composer Hildur Guðnadóttir.   The film centres on a group of women debating what actions to take in the aftermath of a series of sexual assaults in their remote Mennonite community. The cast includes Rooney Mara, Claire Foy and Jessie Buckley.

“Women Talking” will open in Toronto on Dec. 23 and expand to additional markets in January.