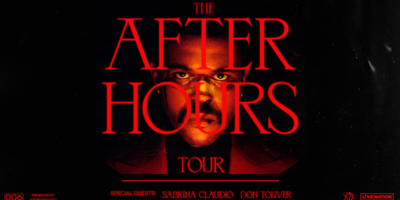 The After Hours Tour kicks off in June in Vancouver, traveling across North America before landing in London in October.

The tour stops in Toronto on June 29th at the Scotia Bank arena!

Earlier this week, The Weeknd announced that his new album, After Hours, will arrive everywhere on March 20.

Tickets will go on sale to the general public on Tuesday February 25.