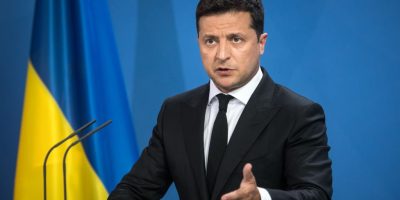 Ukraine’s 44-year-old, second war-time president came in first with 3.3 million votes, or 5 percent of the overall vote, Time magazine said on May 19.

In second place in the publication’s reader poll is Tesla and SpaceX chief executive Elon Musk, with 3.5 percent of the vote. He was the previous year’s namesake of Person of the Year.

British Prime Minister Boris Johnson came in third with 3.4 percent of the vote. His government has provided Ukraine with billions of dollars of military and financial assistance.

Next were medical health workers whose dedication to their profession has helped stop the spread of COVID-19 – they received 3.2 percent of the votes.

Time magazine editors will ultimately decide who is included on the 100-influential list and it will be released on May 23.