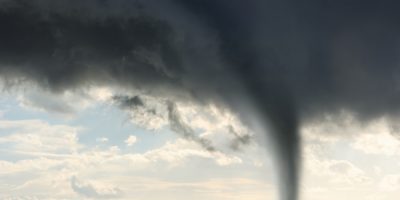 Nearly 20 years later, the 1996 blockbuster is getting a sequel. The title for the follow-up to the storm-chasing movie is called “Twisters.”

The original film starred Helen Hunt and Bill Paxton, who died in 2017. The movie followed Hunt’s Dr. Jo Harding and a group of fellow weather-watchers as they tested Dorothy, a tornado data-gathering device conceptualized by her ex, Bill (played by Paxton).

“Twisters” will focus on Jo and Bill’s daughter, who caught the storm-chasing bug from her parents, Deadline reports.

Sources say that Hunt has been approached to be a part of the sequel, but it’s unclear whether or not she will sign on.

Paxton, meanwhile, died of complications from heart surgery at the age of 61.

“Twisters” is expected to start filming in the spring.