Marvel Studio’s has released a teaser trailer for the upcoming film Shang-Chi and The Legend of the Ten Rings. The studio tweeted, “Happy Birthday @SimuLiu! We hope you enjoy your birthday present.” Simu Liu is the Canadian star of the action film, which will be released only in theaters September 3, 2021.

Simu Liu, 32 today, is most well known for his role as Jung in the wonderful Canadian comedy, Kim’s Convenience, which recently ended unexpectedly at the end of its 5th season.

2020 was a busy year for Liu. He was shooting the Marvel film in Australia in 2020 and, because of COVID restrictions wasn’t able to get back to Canada when the TV comedy production began. After his two week quarantine, he had a “an almost crazy bootcamp-esque period of like nine straight days, where he [shot] all the stuff that he missed out on.” (Find more Here)

Liu was chosen for the role of Shang Chi in July of 2019. The movie also stars Awkwafina, Michelle Yeoh and Ronny Chieng.

Check out the trailer for Shang-Chi and The Legend of the Ten Rings: 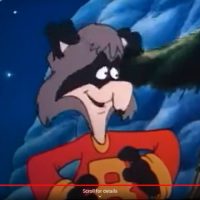