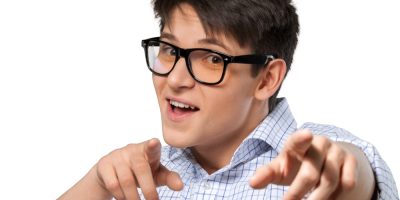 People tend to look smarter when they’re in glasses, right?  Well, a new study found that phenomenon might not be as universal as we thought.

Volunteers had to rate how smart they thought people were based only on photos, some with glasses and some without.  And when people were in glasses, they were seen as less intelligent.

That’s the opposite of pretty much every other study that’s been done.  So why was that the case?  It turns out some cultures just don’t associate glasses with higher IQs as we do.

All the other studies on it were done in western countries, like the U.S.  But this one was done in the Middle East, specifically Jordan.  For whatever reason, they don’t associate glasses with intelligence as much.

One thing we do all agree on though is that glasses tend to make people slightly less attractive.  People rated glasses-wearers as looking less confident too.

One group does think glasses are hot though:  People who wear glasses gave other people in glasses higher ratings across the board.