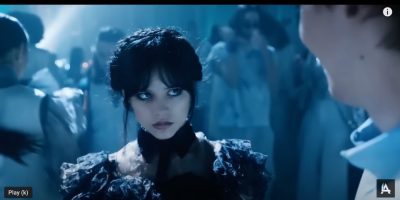 Netflix has yet to officially order a second season of the series of Wednesday – despite the huge success of the first season – but the streaming giant may not have first dibs on any future episodes of the comedy-horror.

The eight-part series has surpassed Stranger Things to score the most viewing time in a single week for an English-language series on Netflix.

Despite the staggering success of the show, which saw Tim Burton act as an executive producer and direct several episodes, Netflix hasn’t officially renewed the series for a second outing.

Because it may not be able to. Wednesday is an MGM production which owns Amazon’s streaming platform.  So Netflix will have to strike a deal with Amazon to keep the hit show on its platform.