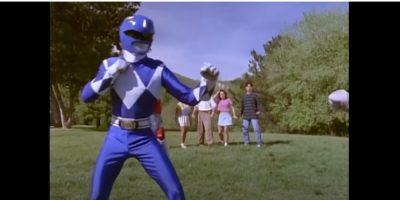 Original ‘Power Ranger’ Jason David Frank died last month at the age of 49 and his widow is now sharing his cause of death.

Frank’s wife has confirmed that he took his own life.

She told PEOPLE magazine, “My name is Tammie Frank, and my husband was Jason David Frank, who tragically lost his life to suicide just last week.

“While Jason was a well-known name to some, we lived a very normal life with ups and downs, just like anyone else.

“It has shocked and saddened me beyond belief to see that the media has turned my family’s tragedy into a tall tale.

“Since Jason’s death, I have been harassed online and can no longer stand to watch my husband’s good name slandered.”

She explained that Jason struggled with mental health issues, but was unaware that he was in enough distress to take his own life.

She explains in the interview with PEOPLE magazine that they were having troubles in their marriage and were thinking about separation until they called it off.  She stresses that she did not know that he would take his own life.

He leaves behind children Skye and Hunter with ex-wife Shawna and kids Jenna and Jacob with widow Tammie, whom he was married to from 2003 until his passing.