You might want to bookmark this for later… because one of the BEST holiday gifts has arrived!

Barbie is honouring legendary women that have impacted, changed and shaped our culture as we know it.

In addition to other incredible women such as Frida Kalo, and Amelia Earhart, Mattel has announced the arrival of…

Rosa Parks and Sally Ride to the line up of Barbie’s Inspiring Women!

Rosa Parks, famous for her fight for civil rights and Sally Ride, the first woman in space are two HUGE figures in our history.

Take a look at their announcement below!

So awesome! You can pre-order the dolls through Mattel’s website but they won’t ship until September 6th.

Plenty of people reacted on Twitter and even added suggestions!:

Would you pick these up for yourself, or for the kids?

I think it’s a sweet gift! You can teach a little history while showing off some incredibly amazing people. 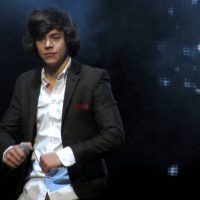