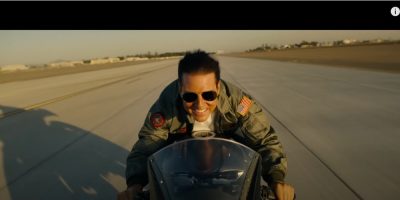 Lady Gaga is nominated alongside BloodPop for their song, “Hold My Hand” from Top Gun: Maverick, while Rihanna is nominated for her work on the music for “Lift Me Up” from Black Panther: Wakanda Forever, alongside Tems, Ryan Coogler, Ludwig Goransson and lyricists Ryan Lott and David Byrne.

Other nominations included “Applause” from Tell It Like a Woman, “Naatu Naatu” from RRR, and “This Is a Life” from Everything Everywhere All at Once.

The front runners this year is The Banshees of Inisherin and the World War drama All Quiet on the Western Front, both have nine nominations apiece.

The 10 movies up for best picture are, Everything Everywhere All at Once, The Banshees of Inisherin, The Fabelmans, Tár, Top Gun: Maverick, Avatar: The Way of Water, Elvis, All Quiet on the Western Front, Women Talking and Triangle of Sadness.

The actors nominated this year include, Angela Bassett, who was nominated in the best supporting actress category for her role in “Black Panther: Wakanda Forever.”

Jamie Lee Curtis in the same category for “Everything Everywhere All at Once;” Judd Hirsch in “The Fabelmans,” nominated for the best-supporting actor; Colin Farrell in “The Banshees of Inisherin,” and Brendan Fraser in “The Whale,” nominated for best actor; and in the best actress category Cate Blanchett for “Tár,” Michelle Williams in “The Fabelmans” and Michelle Yeoh in “Everything Everywhere All at Once.”

Allison Williams, who most recently starred in the horror hit “M3GAN,” and Riz Ahmed, who received an Oscar last year for his role in the short film “The Long Goodbye,” announced the nominations.

NOTABLE CANADIANS WHO WILL REPRESENT AT THE AWARDS

Toronto filmmaker Domee Shi is nominated for the best-animated feature for “Turning Red” which was based in Toronto and made there too.

In the performance categories, actor Brendan Fraser continues to collect praise for his role in Darren Aronofsky’s “The Whale.”

Fraser, who went to high school in Toronto but was born in the United States to Canadian parents, is nominated for best actor for his turn as a reclusive, obese English teacher who attempts to reconnect with his estranged daughter.

The 95th Oscar Awards are scheduled to take place on March 12, at the Dolby Theatre at Ovation Hollywood. Jimmy Kimmel is returning as a third-time host after leading the way in 2017 and 2018.